Whisper of the Worm

Whisper of the Worm

The Whisper of the Worm is an exotic sniper rifle reminiscent of Destiny 1’s fabled Black Hammer obtainable through a hidden quest released as part of the Warmind campaign.

The Whisper exotic questline starts with the Taken Blight public event in the Lost Oasis on Io where players can kill one of 3 new Taken VIP’s to spawn a portal anomaly.  This portal will teleport fireteams into the hidden story mission Whisper. If players complete the extensive mission in the under 20 minutes required they are rewarded with the Whisper of the Worm sniper rifle. 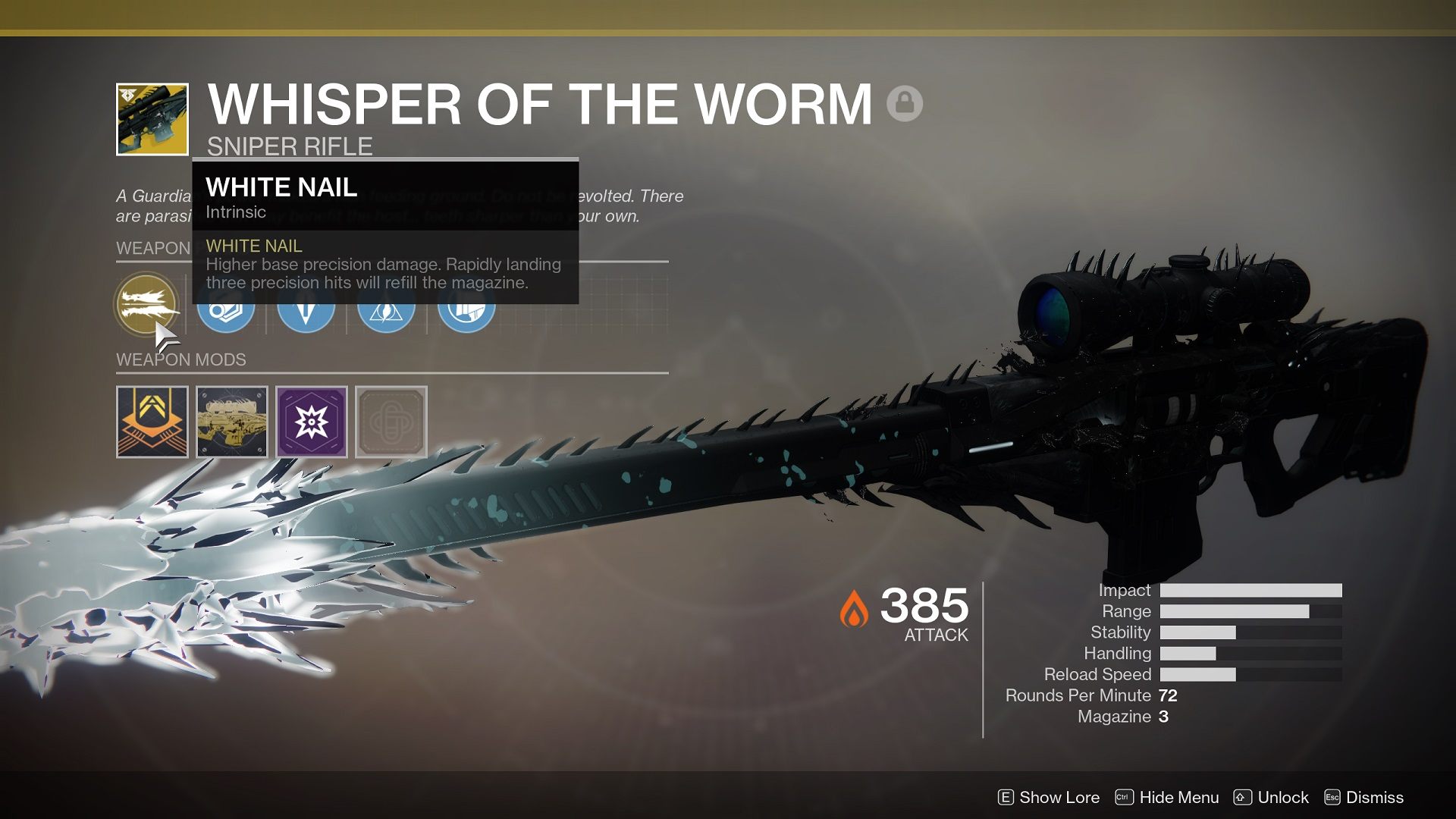 The second major secret is if players open all 5 hidden chests during a run of the Heroic Whisper mission an oracle puzzle will which which rewards more Blighted Essence and an Enigmatic Blueprint. This blueprint will an exotic ship after successful completion of the 3 different elemental singe versions of Heroic Whisper. Since this singe rotates every week acquiring this exotic ship will take at least 3 weeks.

Want to have either of these exotics for your own account?   Our Guardian.Services team is available to do all of the work for you!

NOTE: Must have completed the Normal encounter on the character in order to have access to the heroic version.

The Catalyst requires Blighted Essence to fully upgrade.   It maxes out at 36% per week if you complete a Heroic mission and open all of the chests after you equip the Catalyst. 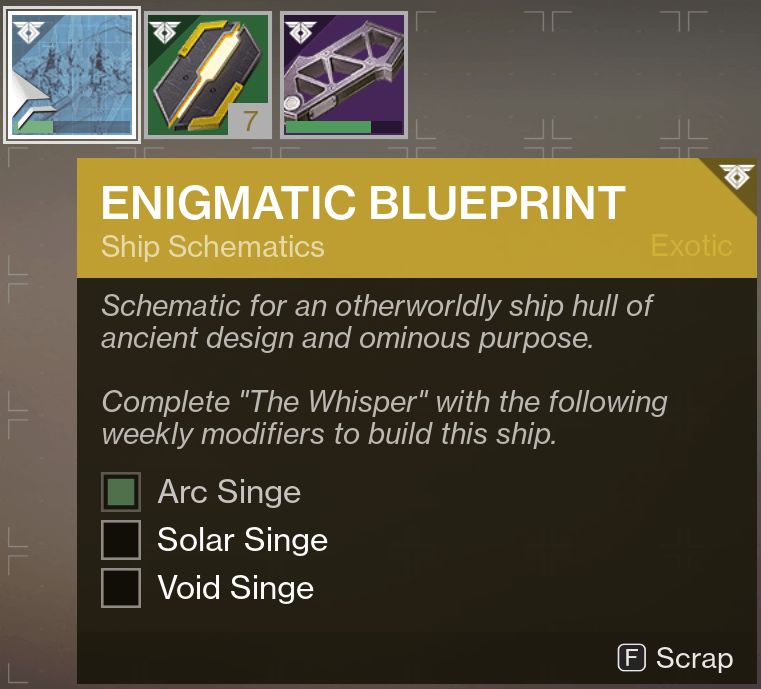 Note: You will be required to complete the Whisper mission on Heroic when the two other modifiers are active.

This service is done by account recovery only. Please fill in your login information at checkout so that we can work on your account. We will try contacting you directly to your PSN/Gamertag and Email 15 minutes before we sign onto your profile.

We only speak English, so please understand that while we can carry players that speak other languages we won’t be able to communicate as well if you don’t speak or understand English.

You must have completed the Warmind DLC for this service.  We have the DLC licenses on our platforms if you gameshare with a friend for yours.

How long does this service take to complete?

This service is almost always completed within 24 hrs of purchase and requires roughly 1-2 hrs.

We get this question all of the time.   We are a completely legitimate website and have accumulated plenty of feedback from satisfied customers.   Check out our feedback section.   The bottom line is we will need your trust to do an account recovery, and all we can do is prove our history with reviews.  You are more than welcome to change your password the moment we tell you that your order is completed.

If you do not want us to do an account recovery we also do carries!

99 reviews for Whisper of the Worm

Iron Banner Is Here! Lower Prices and a New Service.

Iron Banner is LIVE until the 6th of October.

We have lowered our price for both the Bounties & Token services by up to 40%. We also have a new Iron Banner Matches service for a great price, get a ton of rewards farming Matches or Match Wins!

This week you can receive the Shotgun for Win 3, Rocket Launcher for Win 5, Boots for Win 7 and for the Flawless Lighthouse Chest you get the Gauntlets.

This week you can receive the Sniper Rifle for Win 3, Class Item for Win 5, Auto Rifle for Win 7 and for the Flawless Lighthouse Chest you get the Boots.

New Services and DOUBLE REWARDS from Nightfall: The Ordeal this week!

Get DOUBLE REWARDS From Nightfall: The Ordeal This Week!

This week you can receive the Rocket Launcher for Win 3, Scout Rifle for Win 5, Chest for Win 7 and for the Flawless Lighthouse Chest you get the Helmet.

Click here to view what our team recently got for our clients.